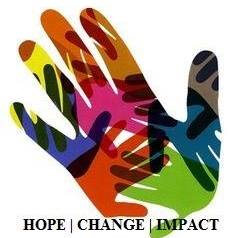 “Systems change approaches” have become a mantra of the social sector. Communities feel the frustration with being “resource-rich and coordination-poor.” But what does taking a systems approach look like in action? How can communities move beyond programs to influence attitudes and beliefs, improve coordination, and change policy?

The work of Operation Youth Success (OYS) to reduce school-based arrests as one area of focus in a larger juvenile justice effort offers a tangible example and concrete results.  None of the activities taken on by OYS required large amounts of funding or new programs. Rather, continuous communication drove alignment, shifted mindsets, and changed policies that contributed to school-based arrests declining by 50% from 2015-2016 (1).

Operation Youth Success is a collective impact initiative aimed at bringing people together to decide what aspects of juvenile justice in Douglas County, Nebraska need to change and how that change will happen. OYS was started by an urgency to reduce the number of youth involved in Douglas County’s juvenile justice system and improve the outcomes for those youth that were system-involved. In 2011, Douglas County’s juvenile arrest rate was 50% greater than the national rate (2)  – and nearly 95% of arrests were for non-violent crimes (3).

In the summer of 2014, a group of leaders representing juvenile probation, the county attorney’s office, the public defender’s office, juvenile court judges, juvenile justice service providers, education, nonprofits, social welfare agencies, and others were convened and agreed to an ambitious vision and goal statement. Engagement of other practitioners, families, and youth verified this vision and highlighted the school to prison pipeline as a high priority area of focus. Truancy represented nearly half of the juvenile cases reviewed by the county attorney (4) and hundreds of arrests were happening on school campuses (5). African-American students were disproportionately arrested at school. But the question remained: how could Douglas County address a problem that was influenced by so many complex factors, actors, policies, practices, and processes? The answer: convene a working group as a part of OYS’ larger effort that represented both the juvenile justice and school systems in one room. Lessons from this “schools” working group helped to make systems change tangible and concrete.

Lesson 1: Get the entire “system” in the room to problem-solve together

Convening the “schools” working group to represent the diversity of perspectives across these two systems was not easy. Perspectives included: superintendents, administrators, teachers, social workers, education nonprofit service providers, probation officers, attorneys, school resource officers (SROs), Omaha Police Department (OPD) leadership, detention center staff, juvenile court judges, and others. By getting the entire system in the room, the working group was able to pay attention to the connections and interdependence of each other’s work and how it impacted youth. They dug into the issues, had difficult conversations, and learned from others’ perspectives.

Lesson 2: Ground conversations in data, but then add experience and perception to understand one another’s realities and build authentic relationships.

A subgroup of these stakeholders focused on addressing the issue of school-based arrests. They looked at the data and discussed disconnects across the school and juvenile justice systems, which surfaced differences in discipline philosophy and practices. Rather than making assumptions about the day-to-day realities of each other’s jobs, the working group participants listened to one another to learn what is working and where each other face (oftentimes shared) challenges.

Lesson 3: Build on a foundation of trust and pre-determined rules of interaction to allow new systems-changing strategies to emerge that aim to change attitudes, behaviors, and norms of those that make up the system.

By having these difficult conversations with new rules of interaction that did not place blame but rather focused on generating solutions together, the schools group was able to identify two strategies to improve alignment of the various systems that surround youth. These included:

These two strategies are systems-changing because they aim to change the attitudes, mindsets, and behaviors of the practitioners that make up the system as well as the cultural norms of the system itself.

Initial positive outcomes have been observed in the two pilot schools in the School Justice Partnership, including:

In addition, the trainings were well-received by SROs. Participants shared that they felt better equipped to serve as an SRO by having a better understanding of expectations of the job and how SROs can provide support to school administration.

By coming together in the schools working group, the relationships and perceptions among the stakeholders involved in different public systems shifted and improved. For example, police officers historically felt that the community viewed them as the “bad guys” in juvenile justice. This process helped change this perception and bring other police officers along with proposed changes. In particular, the Deputy Chief of police has become an active advocate for his SROs to use more discretion when dealing with youth. As a result, schools have seen a shift in their relationship with police officers that has resulted in better support for youth. The police department no longer feels scrutinized for protecting public safety but feels that OYS and the stakeholders involved with the effort are solutions-oriented and will work in partnership with them to protect safety while improving outcomes for youth.

Additional policy changes have stemmed from stakeholders’ deeper understanding of one another. There are clearer lines between “school consequences” and “legal consequences”. Additional trainings have taken place, including for all middle and high school administrators. More broadly, the Omaha Police Department has recognized the importance of understanding how policing teens is different not only in schools but also in the community. OPD and juvenile probation will participate in a train-the-trainer program to bring the “Policing the Teen Brain” to all officers as part of the training academy curriculum.

The schools group continues to be a priority – actors continue to dedicate time and resources to improve how behavior is addressed in school. Discussions in an honest, yet safe, environment continue to foster trust and deepen relationships. These small changes will make a big difference for the youth that do not become system involved and have a chance at better long term outcomes.

(2) Office Of Juvenile Justice and Delinquency Prevention, US DOJ

(3) Office Of Juvenile Justice and Delinquency Prevention, US DOJ