New Research Study: When Collective Impact Has an Impact

We are excited to share with you the recently published: “When Collective Impact Has an Impact: A Cross-Site Study of 25 Collective Impact Initiatives,” conducted by a research team from the organizations ORS Impact and the Spark Policy Institute.

This study, commissioned by the Collective Impact Forum in early 2017, was designed to look at the question of “To what extent and under what conditions does the collective impact approach contribute to systems and population changes?”

In order to explore these questions, the research team studied 25 sites — with eight deep dive site visits — and has generated a rich set of findings that we hope will be useful for the field of collective impact practitioners, community members, funders and researchers/evaluators.

The research team looked at the implementation of the five collective impact conditions and the Principles of Practice, and how these contributed to the following:

A key finding of the report is that “the role of the collective impact initiatives in contributing to population change alongside other efforts or enablers is a critical and valuable aspect of social change.”

The content below highlights some of the key findings from the rich and nuanced report. For more depth, we encourage you to read the Executive Summary and the Full Report.

Our Collective Impact Forum team will be working over the coming months to share additional insights for how these findings may inform your work. Stay tuned for a webinar diving into the study and its findings, future blogs going deeper on specific pieces of the study, and virtual coffee chats with leaders from some of the sites that were study participants. We also welcome other ideas for how we can make the findings of this report most useful for you … do let us know! 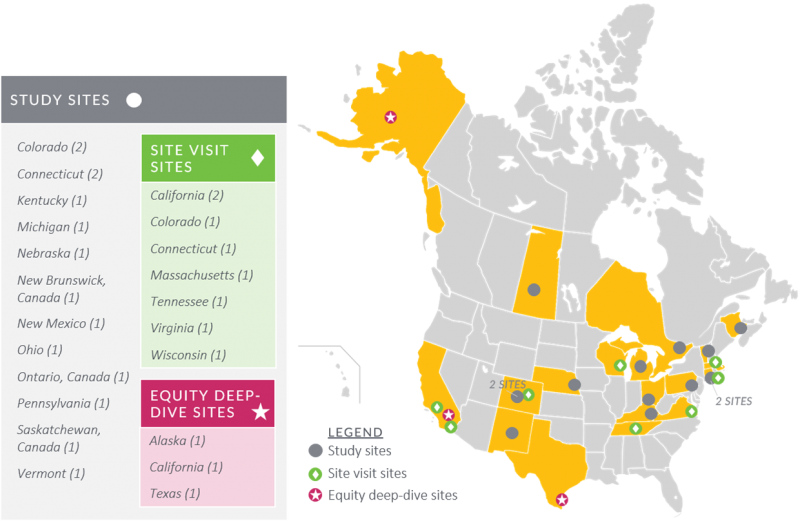 Overall, the study found that:

The study also looked at what type of system changes the deep-dive sites were affecting, and how those related to population change:

In addition to population and system changes, the study looked at what early changes were created by the collective impact initiative that lay the foundation for these subsequent changes. 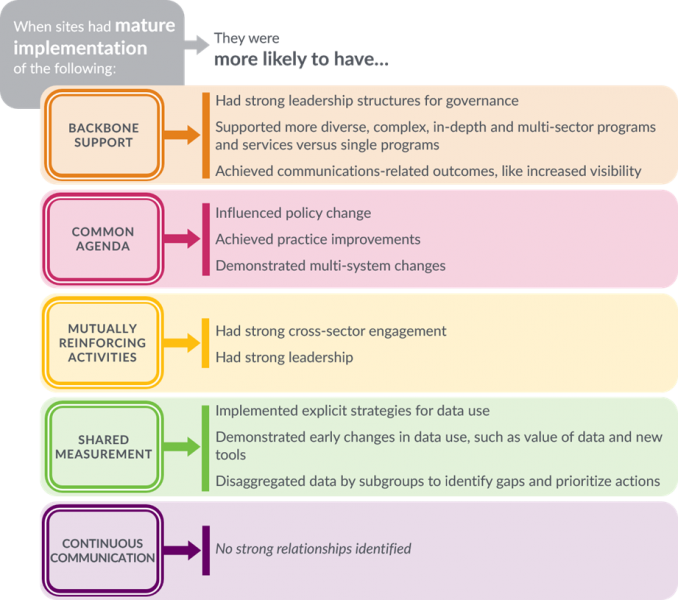 In addition, the study explored the implementation of the collective impact approach, and how implementation related to the outcomes achieved. Key findings include:

The study also looked at how initiatives approach equity in their work – specifically the initiatives’ capacity to engage in equity action, implementation of equity-focused actions, and their representation and meaningful inclusion. They found that initiatives with strong and emerging equity focus showed promise in their equity outcomes; those with no focus typically did not see results that advanced equity with a few exceptions.

Finally, the study highlights four implications that are relevant to all collective impact stakeholders:

Additional specific implications for funders, practitioners, community members, and researchers/evaluators are also included in the body of the full report and will be the topic of future blogs.

What findings from the study resonated with you? What seemed similar to your own work? What seemed different? Let us know in the comments!