Six Steps to Take When You’ve Been Equity Bombed 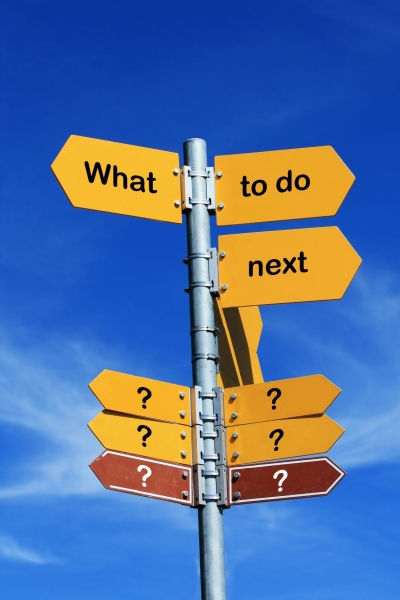 The last blog post about fakequity and equity bombs led to an online discussion about what to do after you’ve been equity bombed. Prevention is still a key, but we’ll address that in a later blog post.

What is an equity bomb?

Equity bombs are comments where someone, often a person of color, has to call out the inequity taking place. You may see equity bombs go off in the middle of a team meeting, at a community convening, or even at Presidential rallies. They are usually uncomfortable for all parties involved.

It can be a painful experience to hear that someone isn’t happy with our work. Many of us working in non-profits, government, or in collective impact efforts do this work because we want to see positive changes in our communities and when someone questions our intention or work it can feel like a blow to the work and the cause. But it is important to put on our wading boots and jump into the conversation.

What to do after being bombed:

Don’t react. Don’t say anything. Just breathe. Reacting and possibly shouting something like “For the love of unicorns, you’re wrong!” isn’t going to help, so pause and sit with what has been said.

While it may feel like the equity bomb is hitting you personally, the equity bomber probably doesn’t want to attack you. They may be pointing out a flaw in the work and want to see improvements. Mentally take a step back and try to listen to what is being said. They probably are trying to say something they feel is key to making the work better and stronger.

Really listen. I know as soon as someone says something my brain starts to try to formulate a response. When my brain is figuring out how to respond I stop attentively listening. It is a bad habit and my six-year-old often gets mad when I do it to him.

“Mommy! You’re not listening!!! I said I want the Star Wars LEGO from the underrepresented group that is working for racial equity in the Rebel collective impact effort.”

Not really, but you get the point. As soon I hear the words “you’re not listening,” I might as well stoop to the six-year-old level of covering my ears (which my son did to his ‘girlfriend’). I do the adult version of tuning out the person and mentally start making a list of things to do, start cooking, or look down at a phone and check Facebook. However it is important that we stop and really listen. Listening signals a connection and relationship.

My friend Heidi led a training around this, and it was hard. Heidi paired us up and gave us a prompt. Listeners had to focus on what was being said AND what they heard. At the end of the exercise the listener reported back what they heard, no interpretations of what they thought was said. I found myself wanting to ask follow up questions, empathize and say things like “Have you thought about this?” or “Did you do that?” In other words, I wanted to help solve the problem, but that wasn’t what was needed. Simply listening was the critical piece.

Third—think and consider the perspective shared.

Think about what was heard. Was it really an equity bomb or a complaint? Is there a nugget of truth? Is the person representing a voice that needs to be heard? If the answer is yes, it’s an opportunity to pay attention and think about another perspective. Think about the cultural context of the speaker and your cultural context as a listener. Sometimes what is said and heard in the context of culture is very important. The Equity Bomber took a risk speaking up and deserves our respect.

I also think about why they are in the meeting or doing the work. Are they representing a community of color or other underrepresented group? And why are they speaking up?

Make multiple connections from communities. One person’s voice is not representative of an entire community. For instance my experience as an Asian American is not the same as others—I grew up in Hawaii in a minority-majority community, I’m college educated, and I’m monolingual. I cannot represent the immigrant or refugee Asian (or other communities), nor can I authentically speak about the experiences of other Asians. Nor can I speak on behalf of all communities of color, I’m just not that great, cool, or profound. The only person in the world who can maybe do this is the Dalai Lama because he is great, cool, and profound.

Fourth—repeat back what was heard.

Start with “I heard this… did I get it right?” Checking what you heard and interpreted is really important to making sure everyone is having the same conversation.

A colleague who chairs a workgroup in a collective impact effort told me about how she realized her group members had different understandings during the same conversations. During the meeting the group did a fishbowl exercise. First, nonprofit partners sat in the middle of a circle and talked about family engagement. Next, school district employees had the same conversation. What stood out for the nonprofit partners was how different the conversations were, not in a bad way, but different. The group has been working together for over a year, but their definitions and perspectives didn’t merge. The exercise highlighted the difference and allowed the group to go back to basics before moving ahead.

I also find this step important when working with people whose primary language isn’t English. Just this week a coalition member whose first language is Chinese emailed me to clarify a statement she heard in a meeting. In this case, it was a potentially racially-biased statement. What she heard and interpreted was very different than how I heard the statement. It was important for both of us to acknowledge what was heard and how we interpreted it. This feedback loop keeps conversations grounded and reinforces trust and transparency.

If you did something wrong, apologize. If you are doing this work right, you’ll screw up within 20 minutes. It means you are engaging and hopefully learning, and screwing up is part of the process. It is how you acknowledge the screw up and choose to move forward that is the real test. Did you change the system that led to the screw up? Did you admit you were wrong AND are willing to learn?

Recently I invited colleagues to a coffee meeting, but totally forgot that our meeting fell during Ramadan when they would be fasting. I apologized and also imported the Muslim calendar onto my calendar to avoid this mistake again.

Apologizing sometimes involves bringing oranges, rescheduling a meeting or event to avoid religious or cultural times, educating ourselves, and demonstrating respect and flexibility. Many people are forgiving if you show it was an honest mistake and you take steps to learn, be humble, and engage.

In Star Trek, Captain Picard orders his crew to “engage.” I’m ordering the same thing, engage your community. Engaging means we’re doing something. We’re talking, listening, and potentially making our communities better. Yes, we risk being equity bombed, but it is better to engage than sit on the sidelines and wonder why no one comes to your events (see Fakequity chart Potlucks).

Please let me know what you’re thinking and share your equity successes and fakequity problems. Together we can get to equity, ‘cause it matters!

Have questions about how to recognize “fakequity” or an equity bomb? What have your experiences been like when incorporating equity into your work? Please share in the comments or email me at fakequity@gmail.com. We’d love to hear what’s working for you, and also what challenges are coming up.